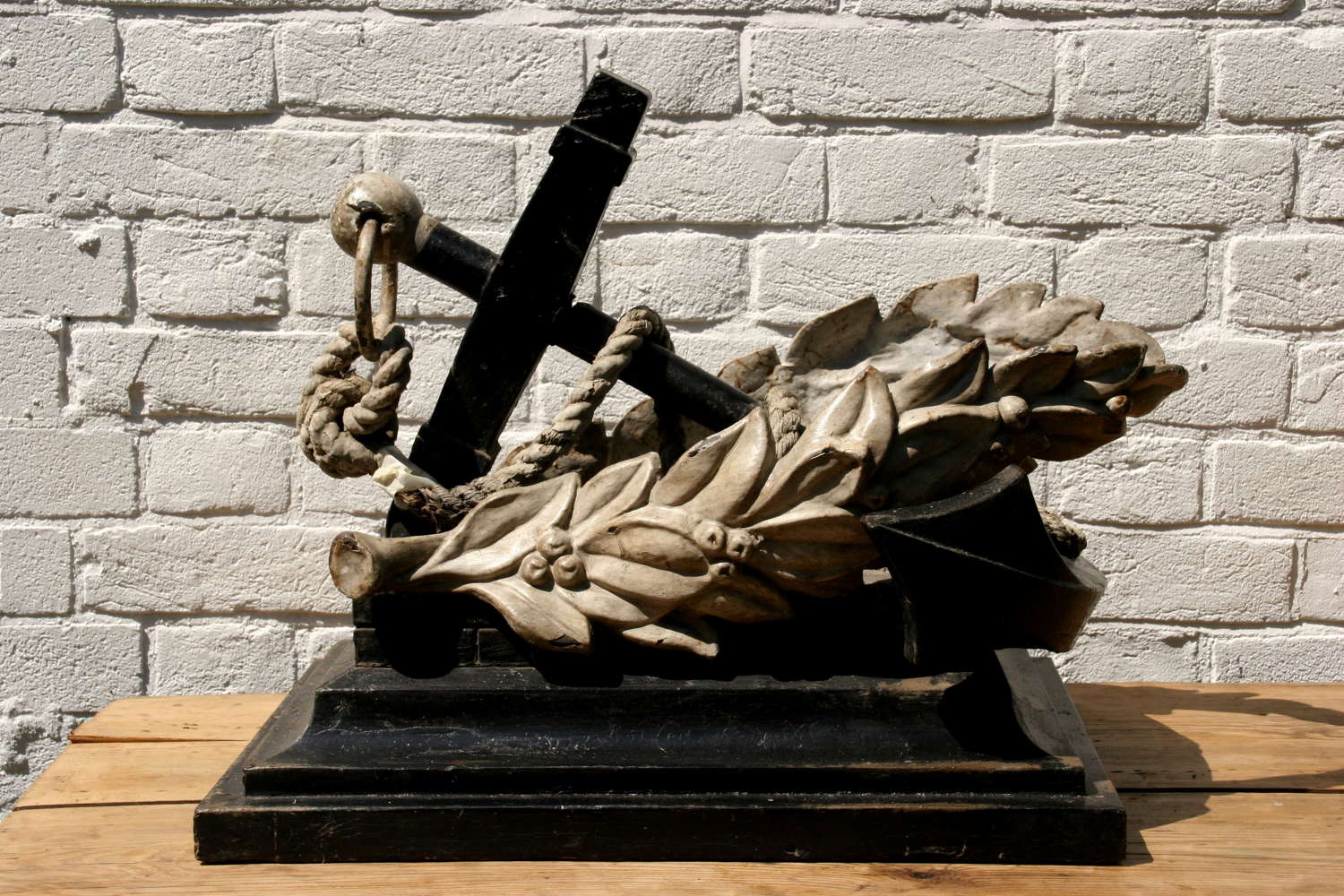 This is a rare English Tavern sign from the 19th century, "The Fouled Anchor". Made from wood, iron and rope. This may have been on display above the Bar or in an alcove outside. I dont know where the Tavern was but there are numerous ones in Greenwich, Dartmouth and other Maritime Towns and Cities , UK wide.

Where did the fouled anchor originate?

The foul anchor as a naval insignia comes from the British Navy. The symbol got its start as the seal of Lord Howard of Effingham, Lord Admiral of England at the time of the defeat of the Spanish Armada in 1588. During this period, the personal seal of a great officer of state was adopted as the seal of his office.

The fouled anchor is thought to symbolise steadfastness and hope in tribulation, and has long been used as a christian symbol 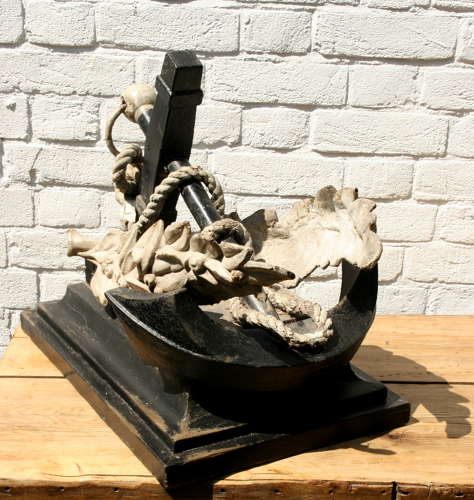 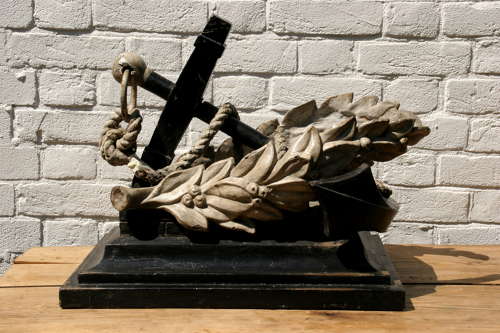 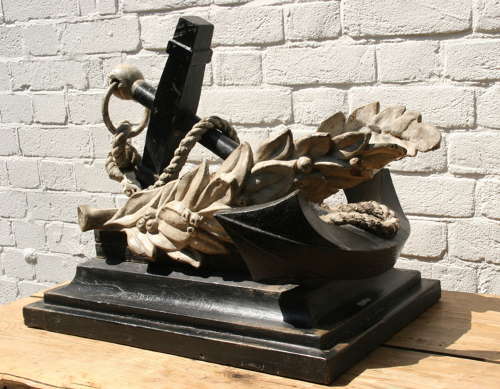 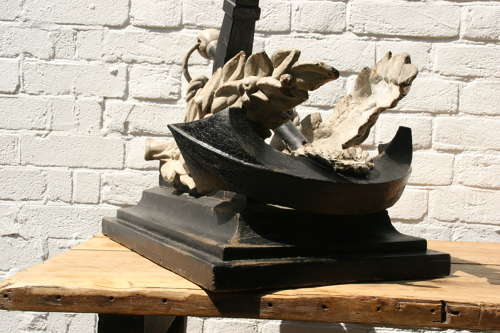 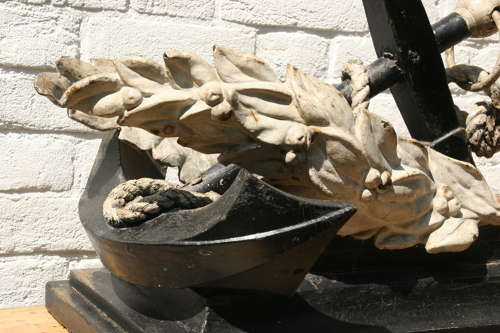 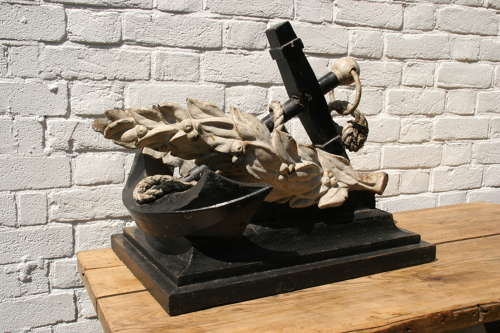 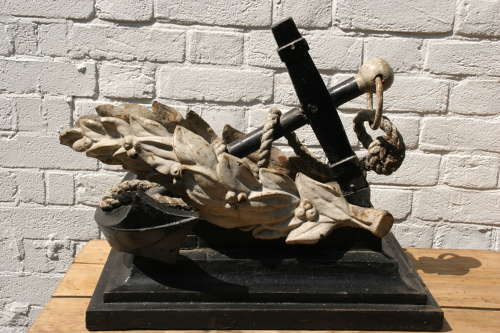 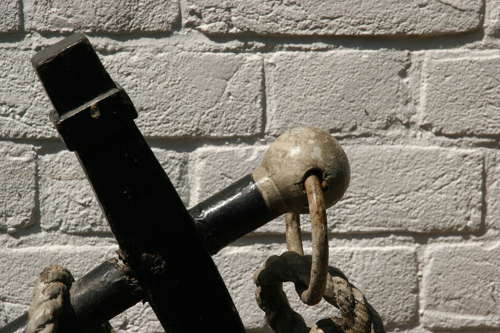 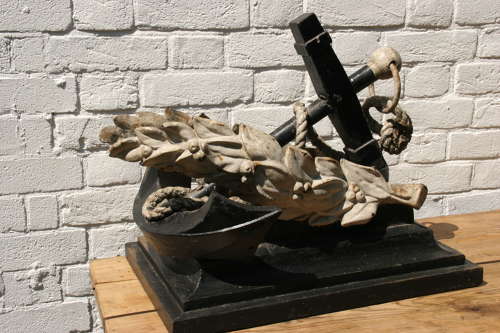