A 20TH CENTURY CIRCUS BANNER PAINTED ON TENT FABRIC , the panel of rectangular form, with metal lined holes to the top from the original tent structure, Showman painted in the Primitive / Naive style with two shields, one depicting a man pulling a one ton weight, the other an escape artist hanging upside down from a gallows, the centre inscribed 'THE GREAT GAMBINI BRO'S ESCAPE ARTISTS', from a funfair / fairground, mounted in a later black and glazed frame 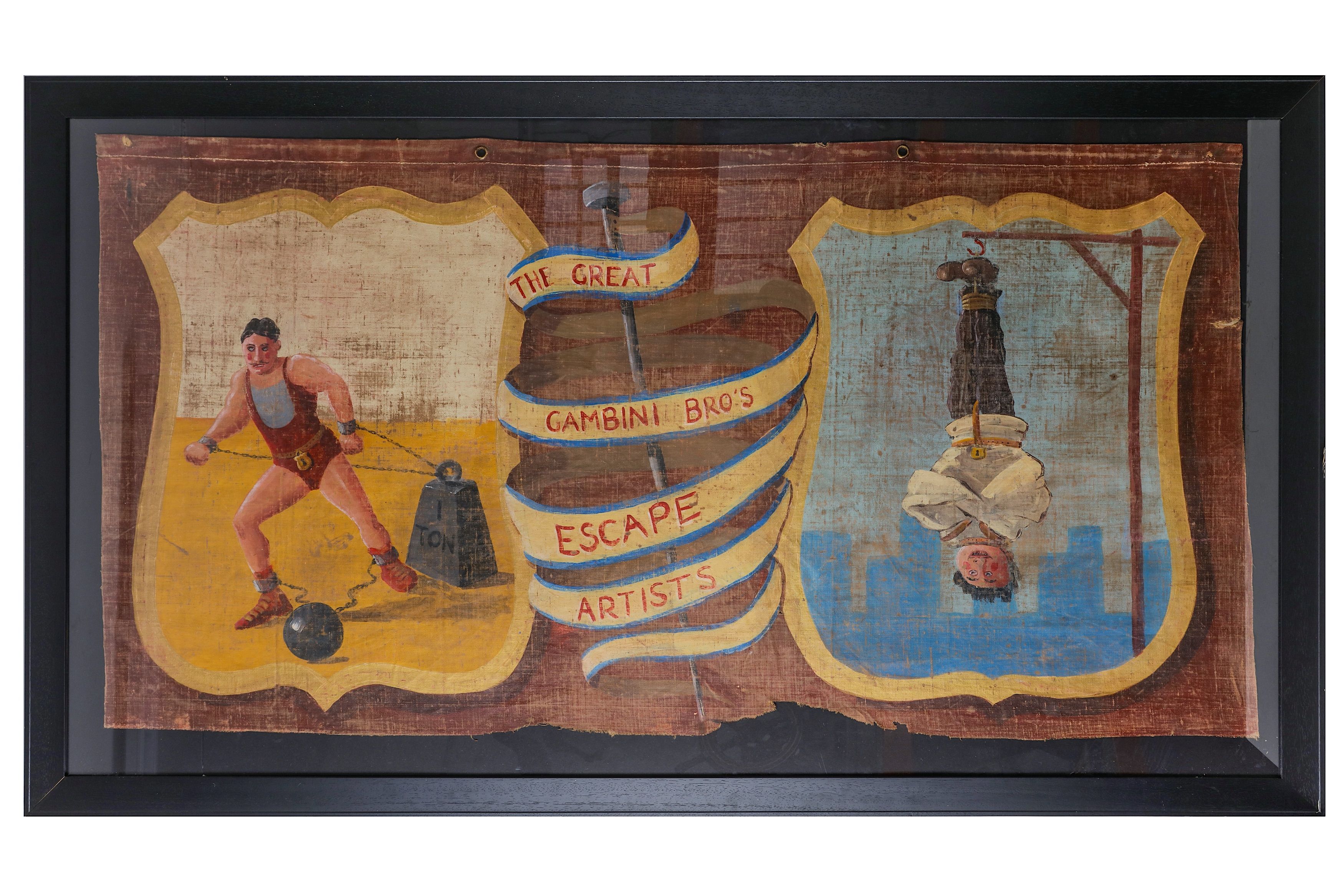