A mid 19th century cedar wood game called pigs in clover, consisting of three concentric cedar rings fixed to a wood base. The puzzle challenges players to drive pigs (marbles) through clover (the outer rings) and into a 'pen' (inner ring) at the centre of the playfield, without physically touching the marbles. In other words, a player must tilt and carefully shake the device's playfield to complete the goal. In the 19th century, Americans were familiar with the expression 'as happy as a pig in clover', and solving the puzzle might prove as difficult as driving pigs away from their favourite food.

In the 1880's the toy maker Charles Crandall invented a dexterity game a player could hold in one hand. People had likely crafted similar games, often called 'ball in a maze' puzzles, for many years. But Crandall's creation, titled Pigs in Clover, was the first to become popular, and to cause enough of a stir to be written about. The whole has a lovely colour, grain and patination. 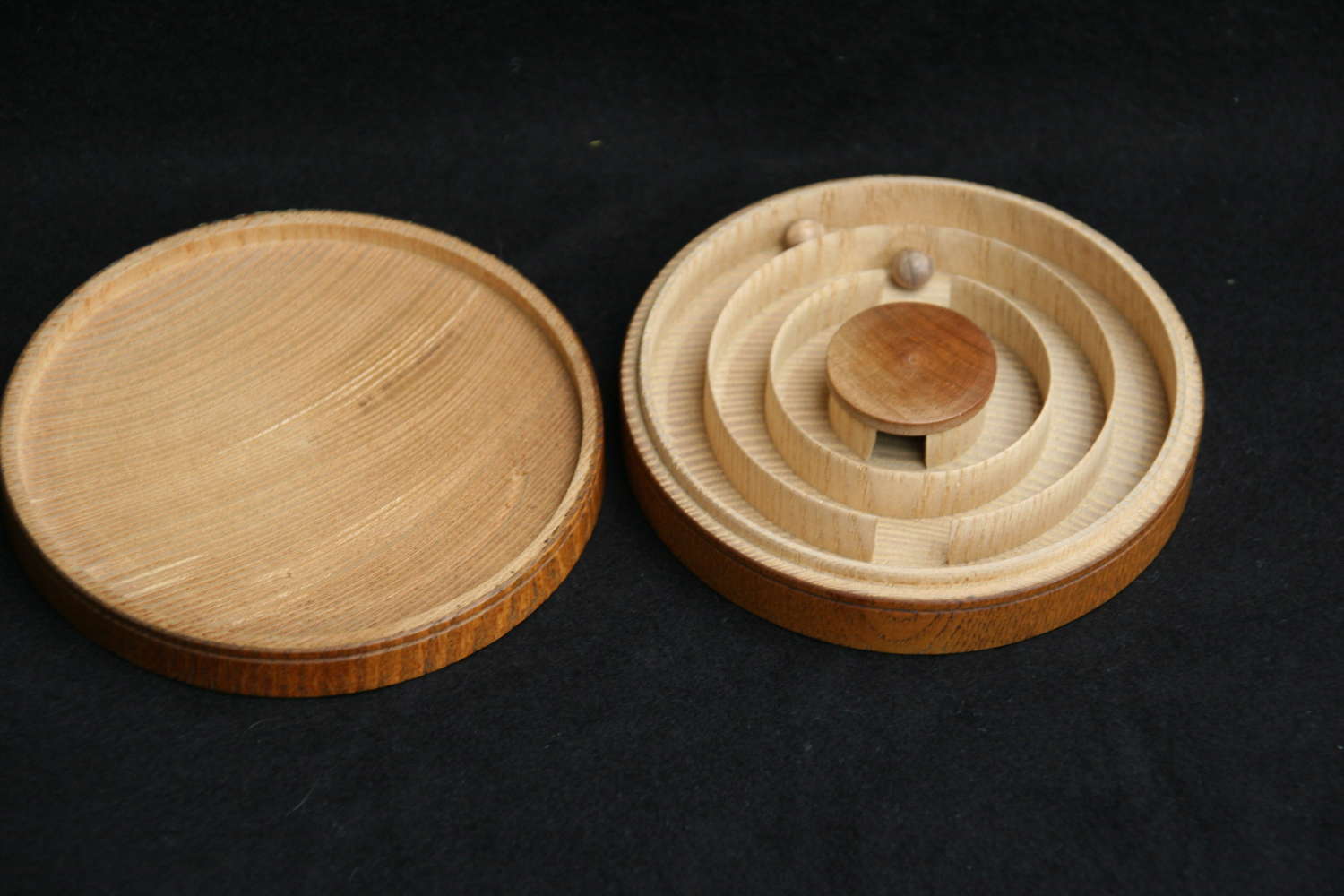 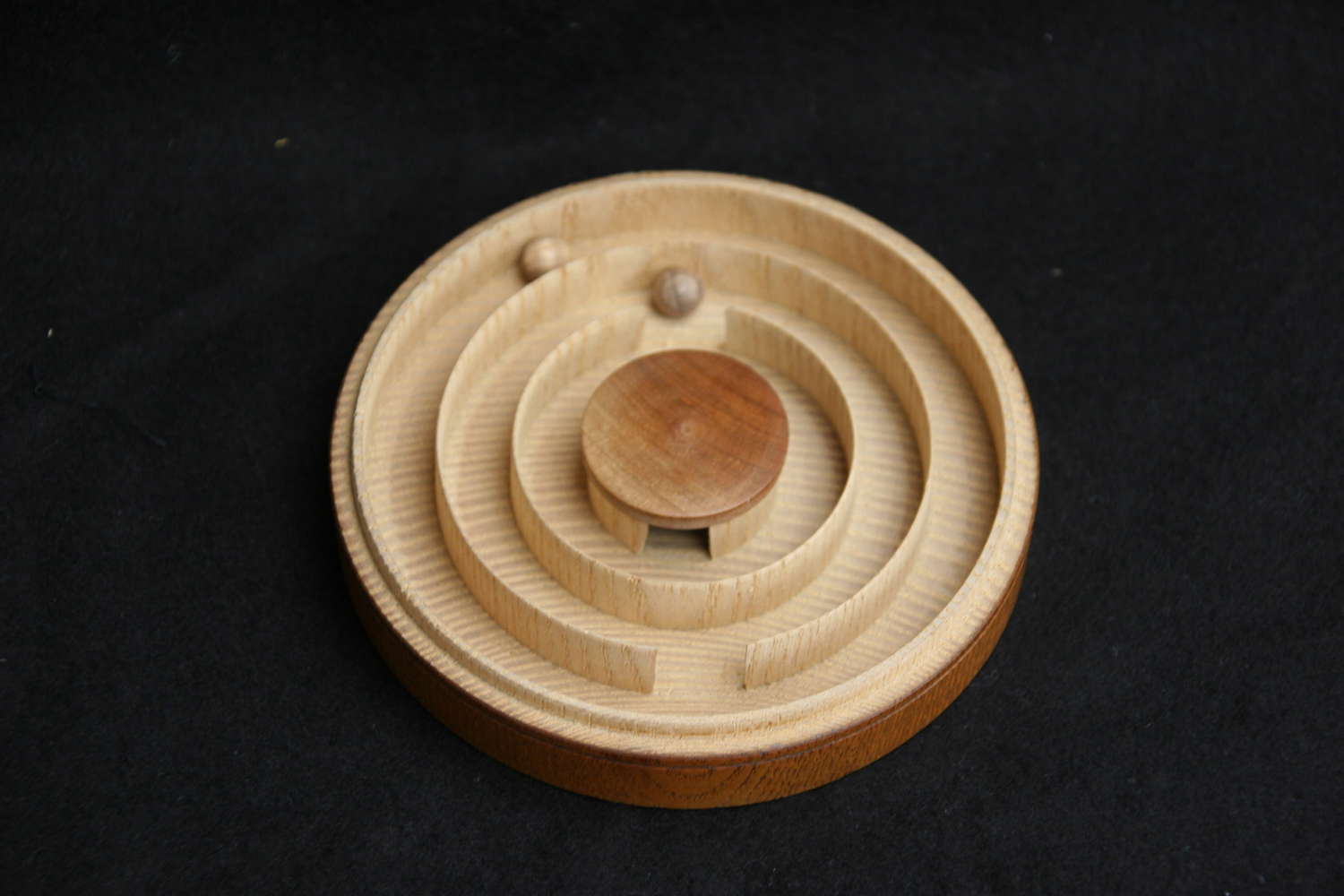 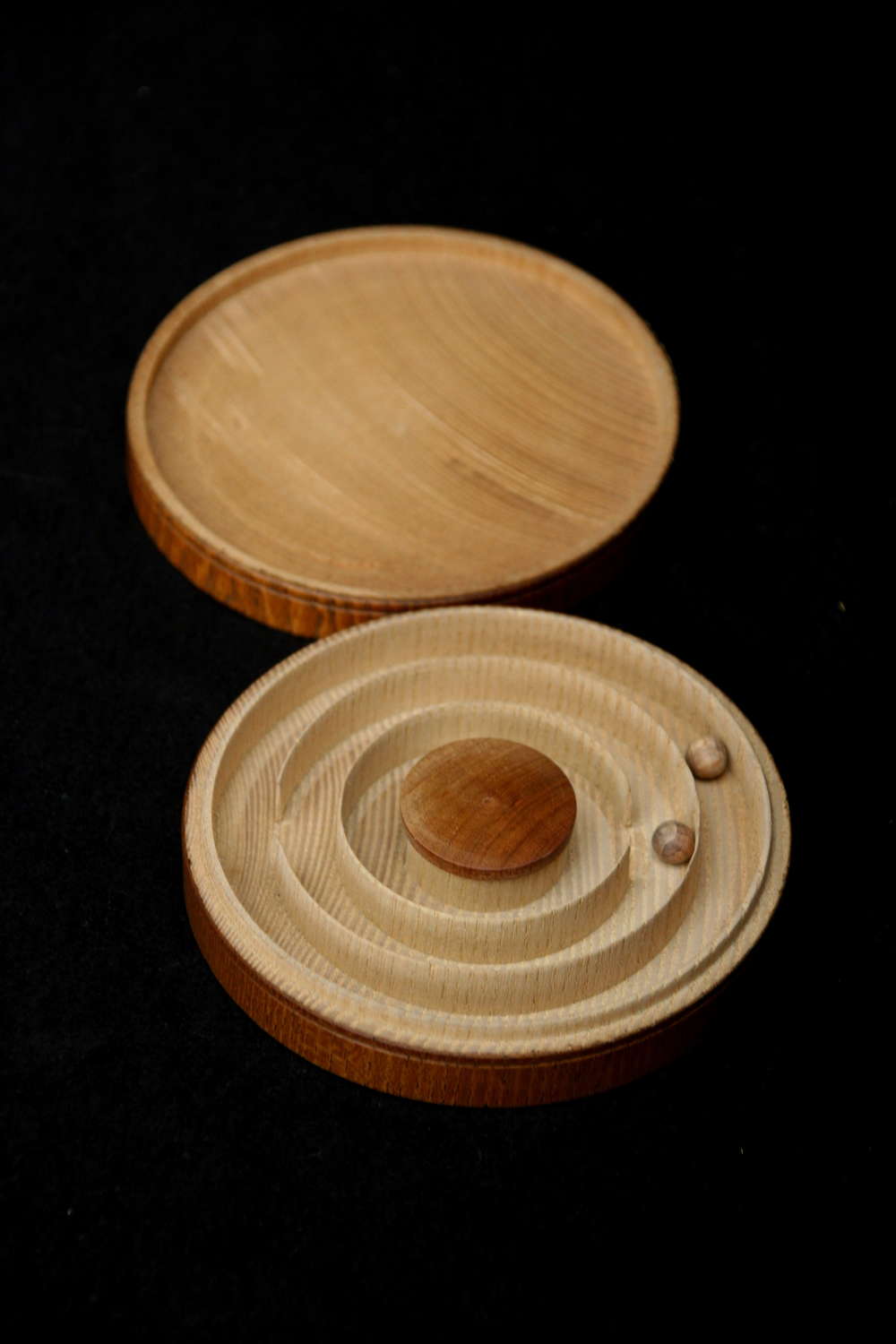 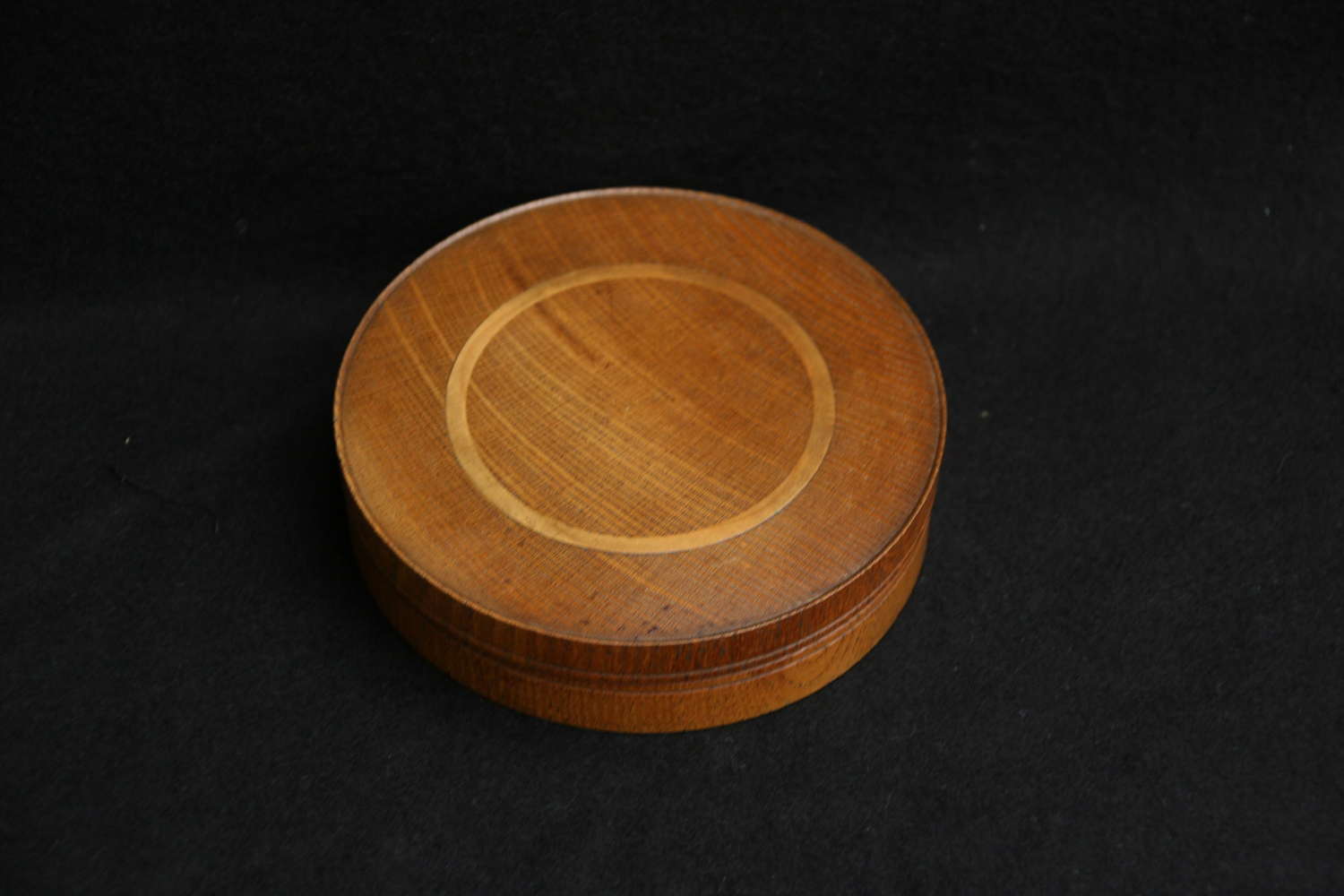